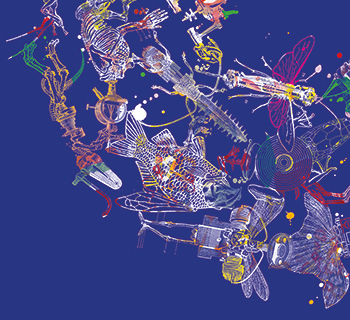 Invitational project for the upcoming anniversary issue. In 2011 the legendary magazine with an illustrious 151 year history was launched under the title Harper’s Bazaar Art. January 2016 marks the fifth anniversary of this most prestigious international art magazine.
Ten world-renowned artist and designers are invited to contribute an artwork to a special feature appearing in this upcoming anniversary issue.
The artworks are based on the theme “5”, the Chinese symbol of “The Circle of Life”.